Havana has lost liveliness due to the coronavirus and there is silence on the street where it used to be full of energy with tourists such as Obispo Street and Avenida del Puerto, although constructions of a new hotels are steadily progressing.

From late 2019 to early 2020, modern hotel buildings such as Hotel Paseo del Prado, Gran Packard Hotel and Gran Hotel Bristol La Habana appeared one after another.

Still, when you come to Cuba, you should definitely see Hotel Nacional de Cuba, which is considered as a National Monument with a deep history, culture and Cuban identity.

A national hotel opened in 1930. The hotel stands a little high ground, which enable to overlook the ocean stretches 90 miles to the United States and the beautiful colonial cityscape. Hotel is luxuriously and beautifully decorated, which would have stood out at the time, and now it adds 90 years of history, culture and Cuban character to its value. 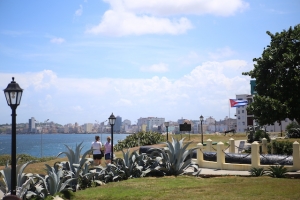 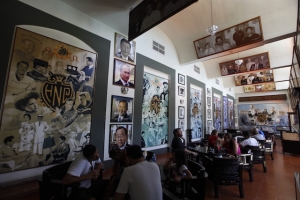 The hotel was designed by an American construction company and run by an American hotel chain, and the hotel name at the time was  in English “The National Hotel of Cuba.”

Also, as featured in the movie “The Godfather,” hotel held Havana Conference among the American Mafia and the Italian Mafia in 1946.

From 1955 to 1959 until revolution, there was also a luxurious casino, which used to be crowded with gamblers.

After Fidel Castro won revolution in 1959, the hotel became a 100% Cuban-owned hotel and of course the casino was closed.

Currently, it is one of the five star popular hotels. The hotel garden is always crowded with its guests and tourists passing by. It is also popular to shoot weddings photos here. There is also a historic battery named Santa Clara in the garden.

In addition to restaurants, bars and pool, there is also a cabaret show venue called Parisien inside the hotel.

A national hotel with a long and interesting history, why don’t we discuss about Cuban history here in it’s garden drinking Mojito? 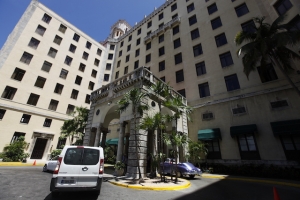