Tabaco or Puro produced in Cuba is called Habano. “Production” is not just about growing leaves, but about using nationally grown leaves, drying and aging them domestically, and then rolling them locally by national staff, that is 100% made in Cuba cigars. 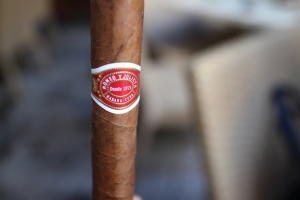 It is said that cigar culture was introduced to Cuba from South America 2000-3000 years ago, and the indigenous Tainos who lived on the island used it as a kind of medicine, as well as religious, social and political ceremonies.

Cuba is located very close to the Tropic of Cancer, with a relative humidity of 79% and an average annual temperature of 25ºC. And it is in a rainy environment, mainly in the western part of the island where Cuba’s largest tobacco plantation is found. Combining this climate, soil, and knowledge passed down from generation to generation in the tabaco farm, we produce the best cigars in the world.

There are many Cuban tobacco brands, but Cohiba, Montecristo, Partagas and Romeo y Julieta are among the most famous and popular around the world.

During the tour, visiting the cigar farms in the Vinales Valley of Pinar del Rio is popular. Here you can actually see the cigar leaves (depending on the season), learn about the process from seeding to harvesting, drying and aging, and even see a cigar-wrapping demonstration. In addition, some farmers sell handmade cigars made from the leaves grown there, so you can buy them as souvenirs or as a trial. 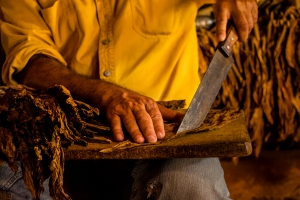 Visiting a cigar farmer, where you can experience an unique culture and tradition in Cuba, is one of the recommended activities. Make sure to stop by when you come to Cuba!