Las Terrazas is a small community and nature reserve located in the municipality of Candelaria, Artemisa Province, which is located in the Rosario Mountains.

Las Terrazas Community was conceived as a miniature city, with basic facilities for its urban functioning and an architectural style based on the harmonization of buildings.

The region’s biggest attraction is its verdant natural surroundings, which are ideal for hiking, relaxing and birdwatching.

The biosphere came under Unesco protection in 1984, following the successful reforestation project. It is now home of 117 bird species, including 12 that are endemic. Also, it has many ruined coffee plantations founded by the French who escaped Haiti after the 1791 Haitian revolution.

Soroa is located just west of Las Terrazas and has a beautiful and rich natural environment that has been designated as a UNESCO ecological reserve.

The name of Soroa is derived from Jean Pierre Soroa, a French coffee plantation owner who lived there in the 19th century. His descendants converted his land a natural park in the 20th century. Many tourists now come to enjoy the rich flora and fauna in this area. 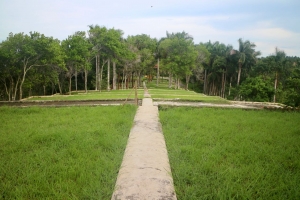 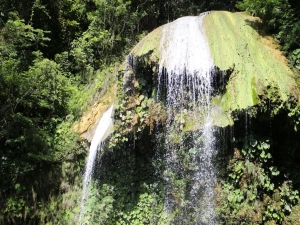 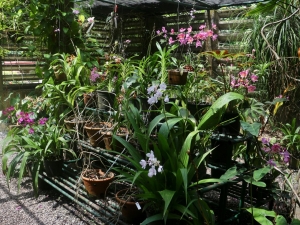 We can still appreciate in good conditions the ruins of the coffee plantations, in terrace style, in which the french inmigrants that came from Haiti use to work and the ruins of the slaves huts. On the highest point there is a view platform from which we can enjoy beautiful landscapes. Also, the house of the owner, with its wonderful french style, was repaired and now it is a restaurant.

Close
To get to the waterfall we should walk from the entrence by a stairs-road inside the mountains. The waterfall is 22m high and in the rainy season the cool water flow increases and the whole zone get flooded. It is known as the ‘Rainbow of Cuba’ because of the rainbow we can appreciate sometimes when the water falls. We also can take a rest and enjoy the cool water in the flooded spaces.
Close
Soroa is located in the mountains of the Sierra del Rosario. It is famous for having the biggest Wild Orchid Garden in the World. In the second half of the 1940s, 700 species were gathered by a Spanish collector and the Soroa Orchid Garden was created. Nowadays, around 400 species can be appreciated in this wonderful place. All this information will be explained by a guide.

It is known that Kenji Takeuchi, a Japanese botanist that came to Cuba in 1931, carried out many of his reserch projects about orchids in the Soroa Garden.

How to get to Soroa and Las Terrazas

Soroa and Las Terrazas are located in Artemisa province, next to Havana province, especifically in the Sierra del Rosario mountains.

Víazul(http://www.viazul.com/)operates between Havana and Vinales, and stop  by Las Terrazas once in a day. 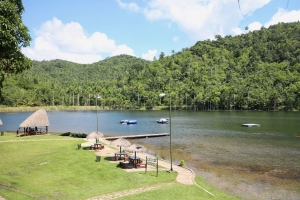 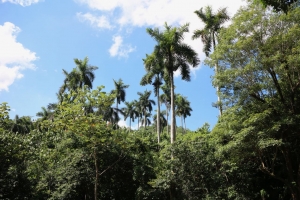 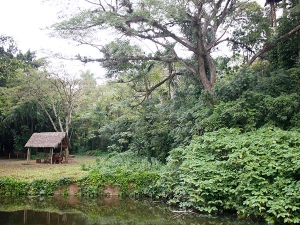 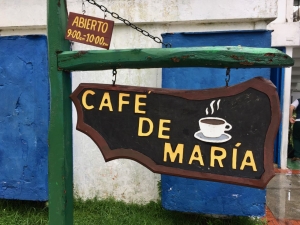