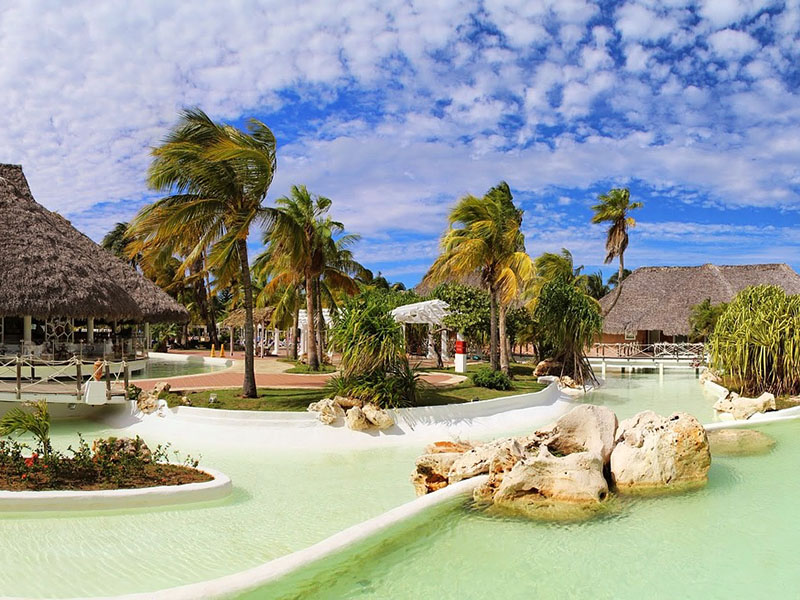 Stay at 5-star hotels or casa particulares during your trip.

In this tour, you will explore many places including the World Heritage sites. Visit the home of Cuba’s tobacco production, Viñales Valley. Immerse yourself in Cuban music and the emerald waters of Caribbean beaches.

Arrive in the José Martí International Airport in Havana.

Meet and assistance by our guide and transfer to your lodging. (Travel time: Approximately 30 minutes)

*Meals are not included. 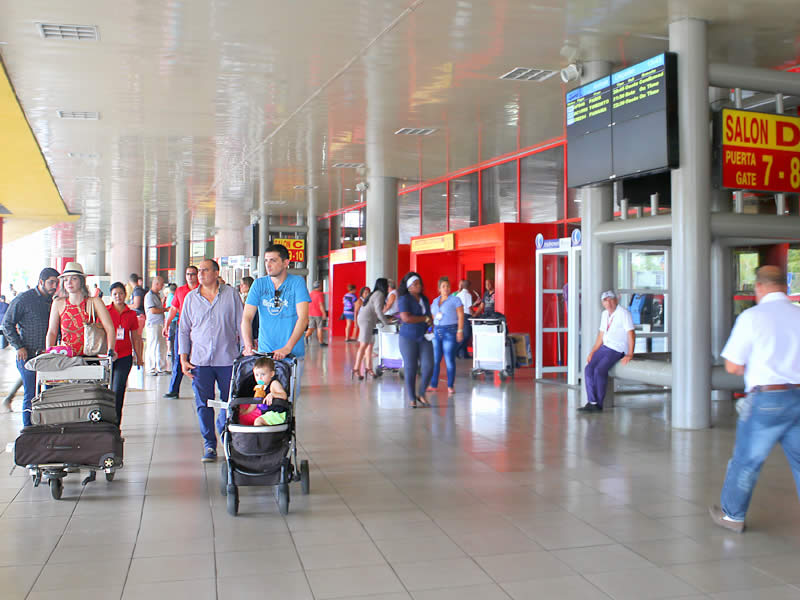 After breakfast, departure for a thorough city tour to the most beautiful capital in the Caribbean.

Starting off from Revolution Square (Plaza de la Revolution) where the impressive portraits of Che Guevara and Camilo Cienfuegos can be found, we will pass by the University of Havana, cross the new area of Havana, the so called Vedado area where one can see the central Coppelia Square and the coastal avenue of Malecón to find ourselves at Capitolio, exact copy of the one in Washington D.C.

Our tour takes a different turn as we enter the old part of the city (la Habana Vieja), world heritage site proclaimed by UNESCO since 1982, that provides home to some of the most beautiful buildings built in colonial style to be found in the Caribbean.

Next we will head to the Rum Museum where we will enjoy our drink before we continue on foot walking by Plaza de San Francisco de Asís, the old square (Plaza Vieja) and Arms Square (Plaza de Armas). We will then be guided to the model of Old Havana (Maqueta de la Havana Vieja) and continue towards the Cathedral Square (Plaza de la Catedral), the tiny temple (El Templete) and Castillo de la Real Fuerza.

The tour will end with our visit to the pirate fortress El Morro situated at a unique spot at the harbour’s entrance offering magnificent views.

Return to hotel and balance of day at leisure.

*Dinner is not included. You can dine a la carte at one of the most romantic restaurants in Havana with a view to the old town (La Habana Vieja) as Optional. 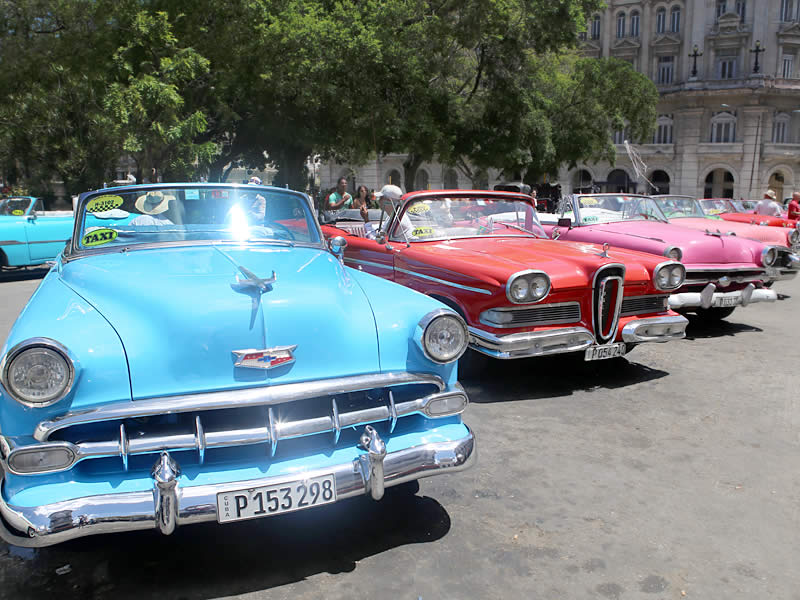 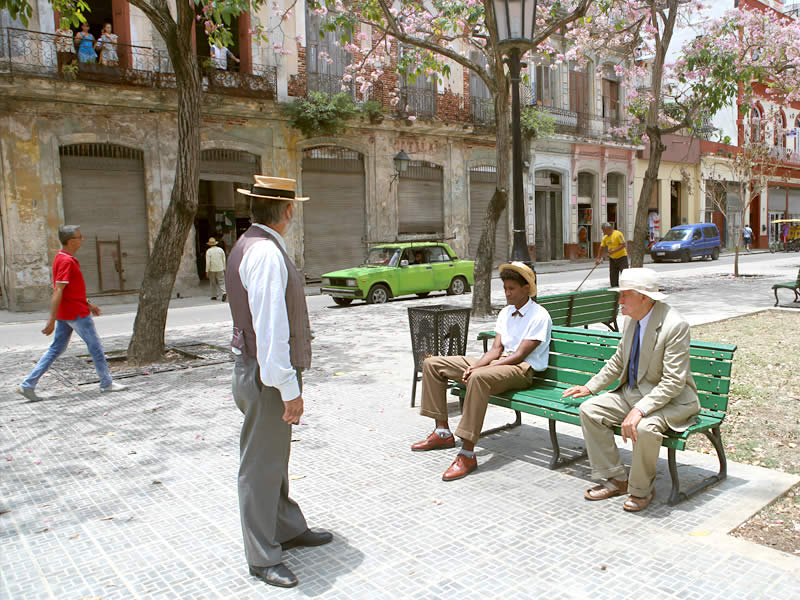 After breakfast at hotel, departure towards the enchanting valley of Viñales located at the western region of Cuba, Pinar del Rio, where tobacco is grown to make some of the world’s best cigars.  (Travel time: Approximately 2 hours and 30 minutes)

Visit at local typical Tabaco farm. Our tour to valley will remain unforgettable. Hills covered in green like velvet covering from edge to bottom, known by the name ‘mogotes’ are nowhere else in the world to be found, spring up from the valley verdant as a sight out of this world. Tall palm trees, waterfalls and underground rivers and caves compound a spectacular site.

Visit to the mural of prehistory (Mural de la Prehistoria) and Indian’s cave (Cueva del Indio) where we will cross the underground river by boat. 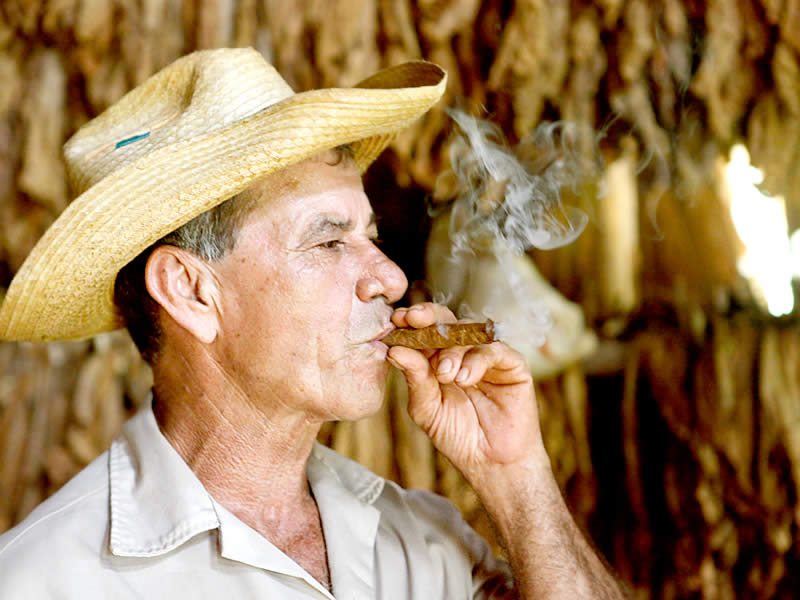 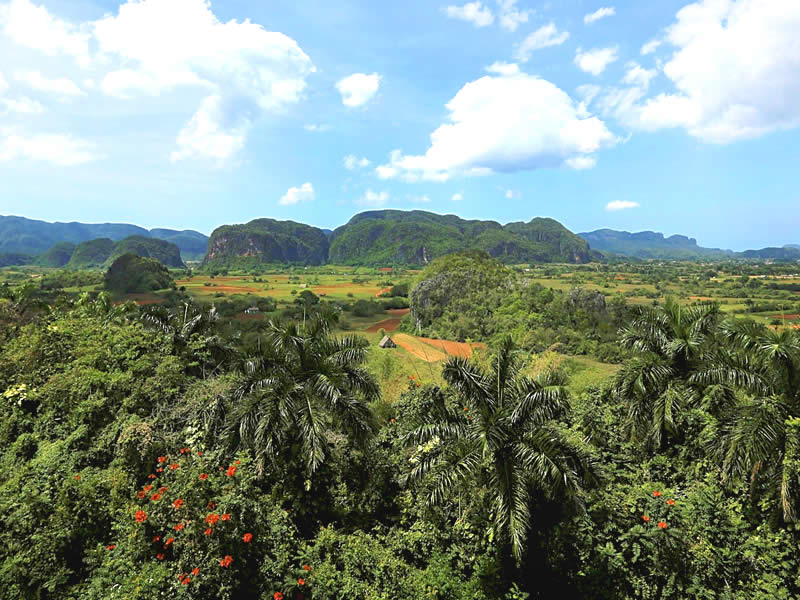 Returning to Havana, we will make a small stop at the Los Jazmines perch to breath in the enchanting beauty of the whole Viñales Valley.

Arrival in Havana and rest of the day at leisure. We suggest you take a walk to the old town (Habana Vieja) and enjoy a daquiri or a mojito at Ernest Hemingway’s favour bar, Bodeguita del Medio.

*Dinner is not included. A local guide can recommend you some good restaurants if requested.

You will be staying in Havana.

Day at leisure to reclaim it as you wish.

You can visit the arts and crafts market in your leisure time located at the port area. You can find jewelry, garnishes made of wood, fruit nuts, clay, crocodile leather or teeth as well as paintings (you are kindly requested to avoid buying jewellery made of black corals or sea turtle shell, besides being illegal it imposes a serious ecological threat). Do not neglect to walk through the narrow streets of the old part of the city or enjoy a fresh papaya juice at the sounds of a nostalgic bolero. Enjoy a stroll back to your hotel walking on Malecón Avenue as the sun sets down to an explosion of sky colours. Try out Coppelia ice cream for which Cubans love to queue for hours to get one. Tourists however can get it without queuing but at a more expensive price.

In the evening, you will be transferred to the dinner at exclusive local restaurant.

*Meals are not included. A local guide can recommend you some good restaurants if requested.

You will stay in Havana. 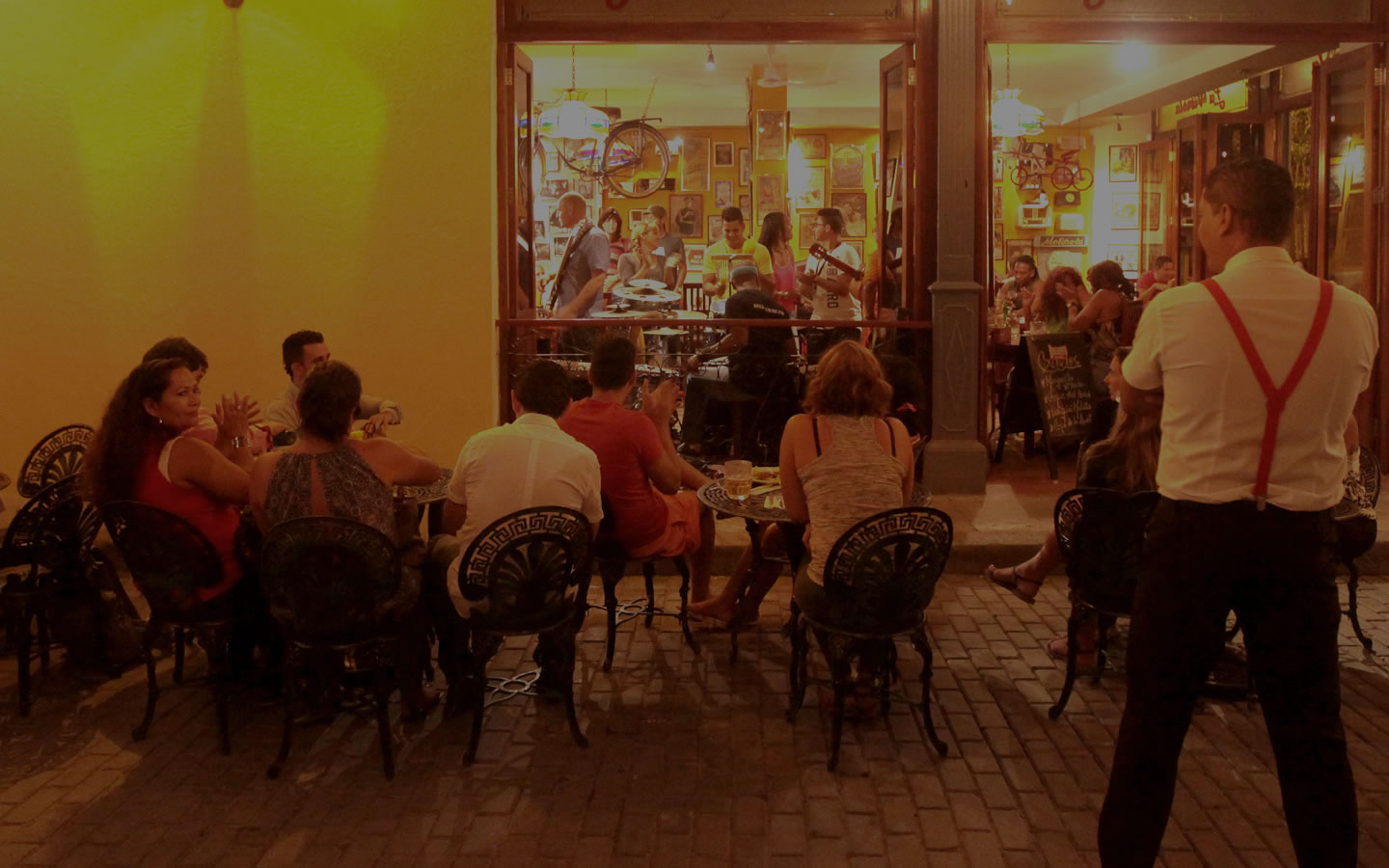 Breakfast and early departure to Zapata Peninsula where we will board a speed boat for a mini cruise to the Treasure Island (Isla del Tesoro) in Guama, Cuba’s largest lake at the heart of which one can find a recreation of a native Indian village with houses built over the water and connected with the shore by wooden platforms.

Taino Indians architecture and the 32 sculptures with representation of their daily life activities travel visitors hundreds of years back in time. At ‘La Boca’, the canals’ entrance point that lead to the lake, we will come across the Crocodiles’ Breeding farm during our visit.These fierce animals that are a very important part of Cuba’s wild fauna, are being protected in their natural habitat from irrepressible hunting.

Drive to Cienfuegos, built by French colonists in 1819, one of the country’s major ports. Panoramic city tour with small stop at the central square where one can admire Goddess Athena’s statue and Tomas Terry theatre fascade, the town hall and the building of the city’s university.

Let’s visit to ‘Palacio del Valle’, a 100 hundred-year-old building, a true master piece of architecture, a mixture of romantic, gothic, venetian and Mauritanian style. From the lower level where the celars are located we will make our way up to the roof top passing through some impressive halls. There, we will enjoy the view of the city as the sun sets down on the Caribbean Sea.

Continue driving to Trinidad, a city established by Spanish in the early 16th century and declared by UNESCO as world heritage site in 1986. We will visit the central square (Plaza Mayor) surrounded by colonial buildings, Cantero Museum and ‘La Canchanchara’, the traditional café where we will enjoy a local drink made of rum, honey and lemon, the same one that colonialists would give the slaves to regain their strength after a hard working day.

*Dinner is not included. 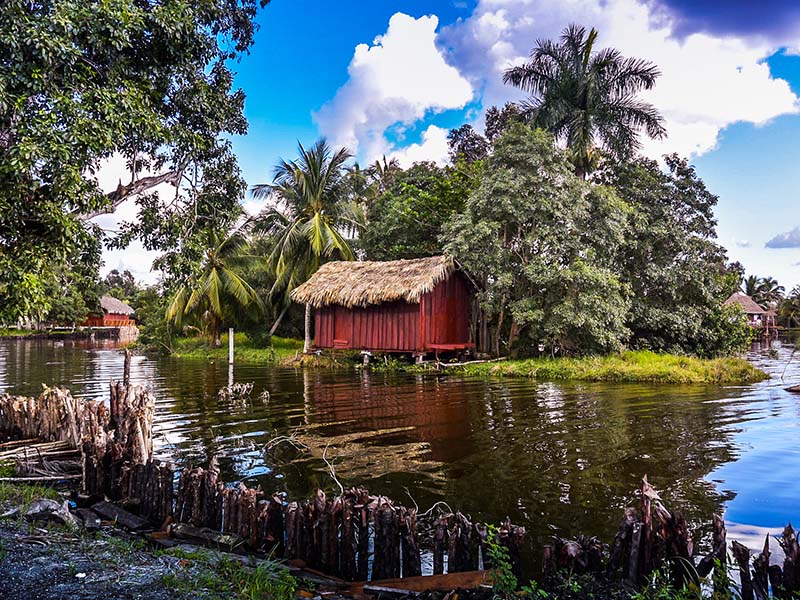 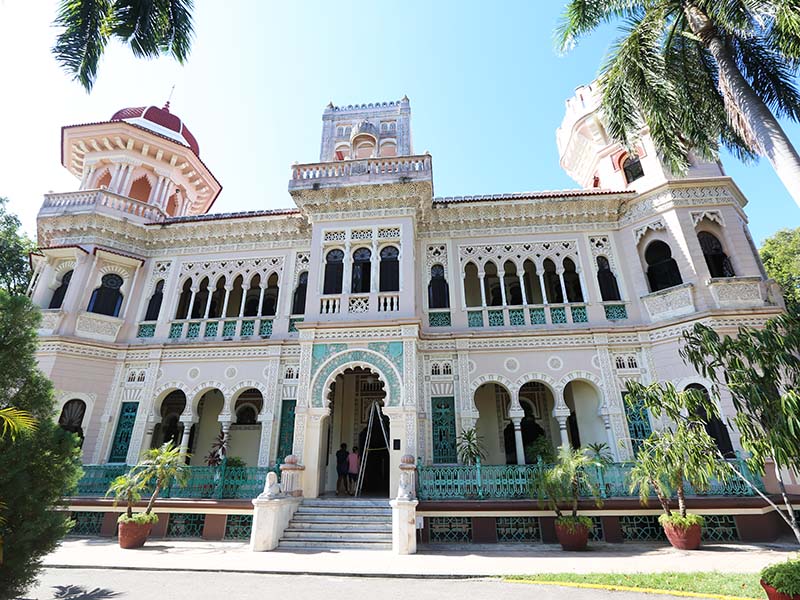 Before we journey to Santa Clara, we will stop by Valle de Los Ingenios.

Departure to Santa Clara, the city that was related to the great revolutionary Che Guevara. Visit to Che’s Mausoleum and Museum at Leoncio Vidal Park and to Batista’s train that was taken over by the rebels.

We will then depart towards Varadero en route driving through Cardenas ‘bicycle town’. Arrival at the hotel followed by dinner. Please note that all meals and drinks at the hotel are included.

You will be staying at an all-inclusive hotel in Varadero. 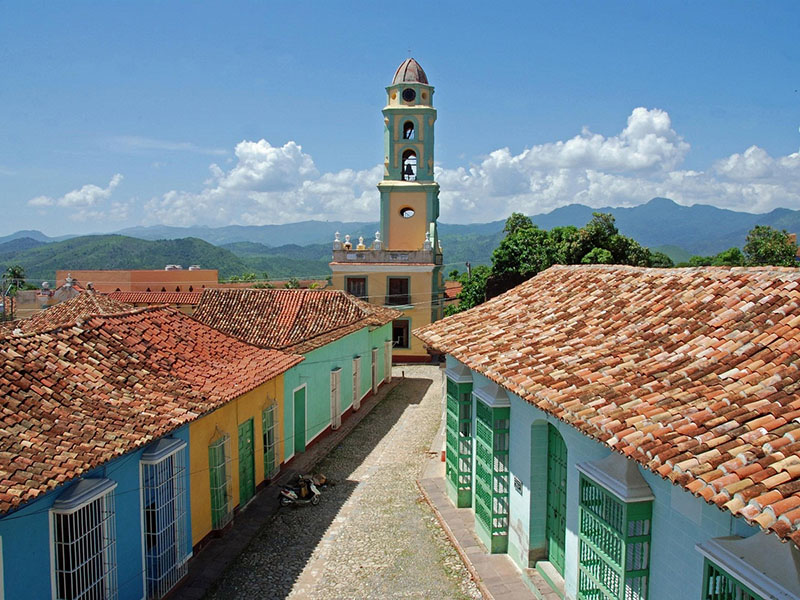 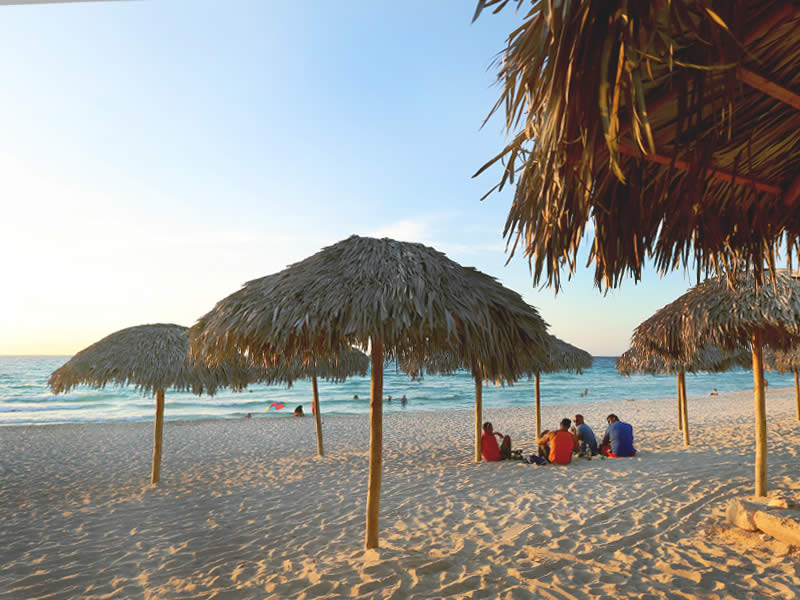 Free day to enjoy one of Cuba’s most spectacular beaches. There is a vast variety of options offered or you can simply walk to the local market or visit the aquarium. Please note that all drinks and meals during your stay at your hotel are included. 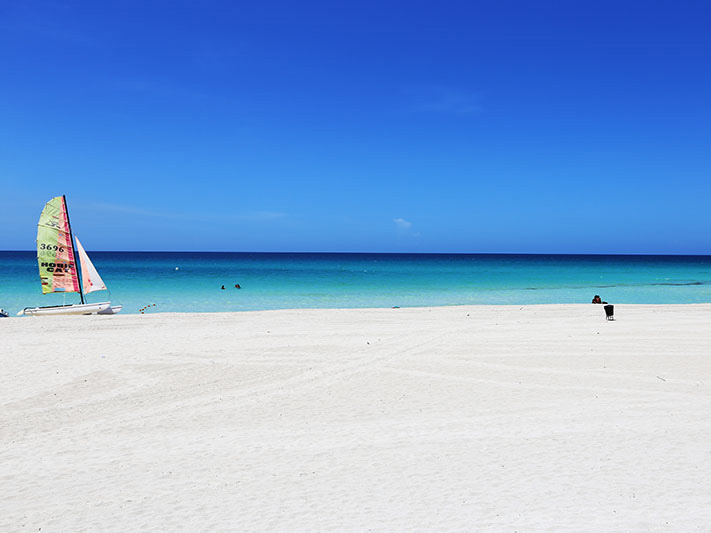 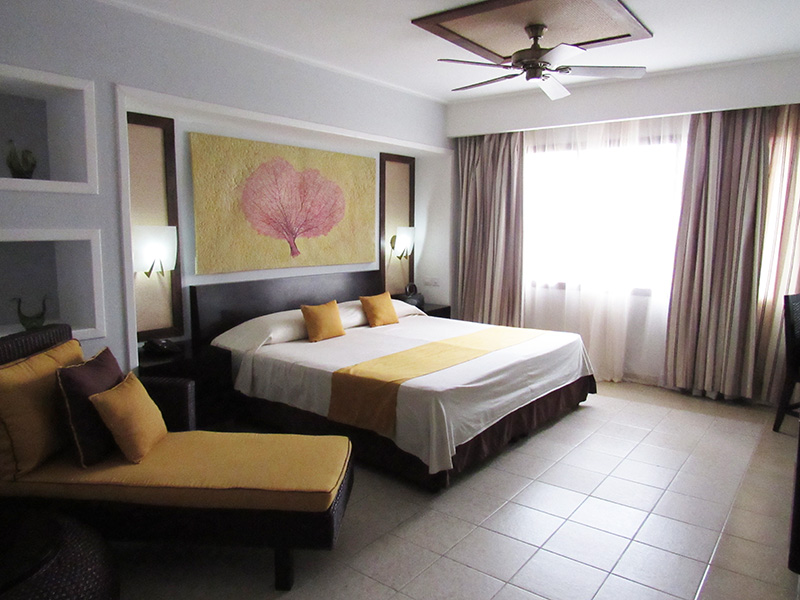 Optional Cayo Blanco cruise in catamaran and swimming with dolphins.

Board the catamaran at Varadero Marina to Cayo Blanco with a stop at a coral reef en route. Appropriate swimming gear will be provided (snorkel, flippers, etc) and you will be given enough time to explore the reef and its colorfull underwater beauty. Next stop will be at an enclosed area in the ocean where dolphins are being provided shelter and care. There we will have the chance to interact and swi with them.

At Cayo Blanco you will have time at disposal for swimming and sunbathing.

Buffet sea food lunch including grilled fresh fish and lobster as well as other sea delicacies.

Return to Varadero with lots of rum, salsa and dancing on board.

Balance of day at leisure until the moment we depart with the bittersweet taste of return to the  airport to board our flight back home. 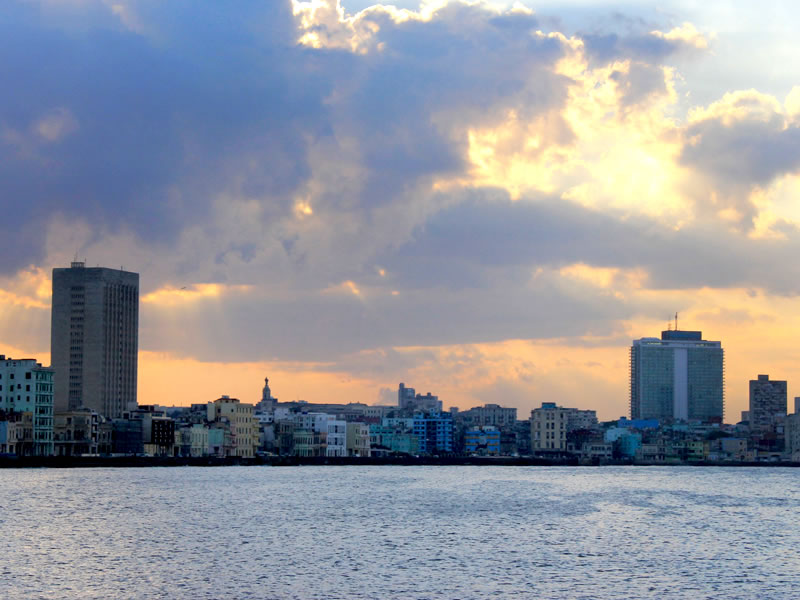 Included in the price

Not included in the price